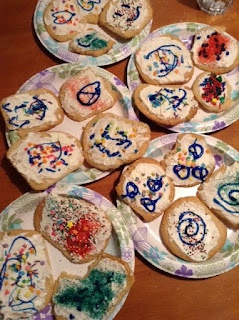 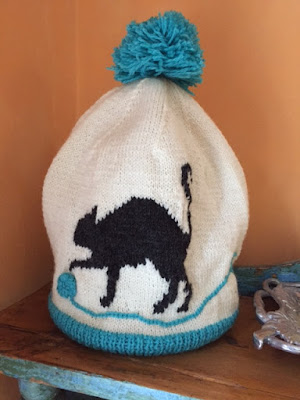 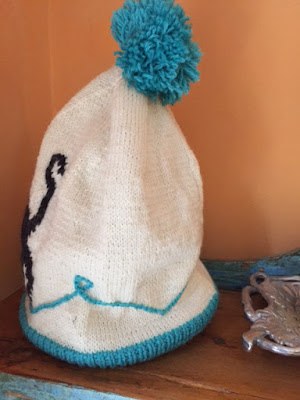 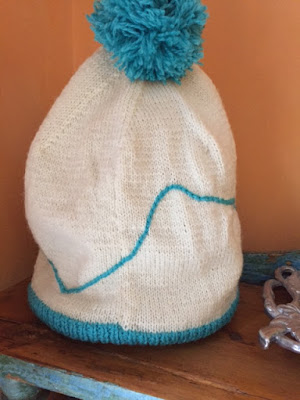 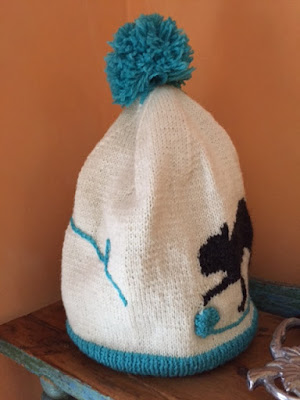 This pattern requires lots of what I define as "fiddly bits," (def: stuff I don't like to do) and I won't make another....probably.

BUT, it is not going to fit any of my grandchildren.  I'm pretty sure it's way too big.

But actually, I don't think the problem is with the gauge; I think it's with the size I chose to make. This was my second attempt at making the hat because the first one was HUGE, and so I consulted head circumference charts on the internet and then chose the size based on the typical head size of a 14-year old. I think the charts were wrong.

I'll find out on Christmas morning. Just the thing: give a child a gift she can't use.

See?  I told you it was purty. 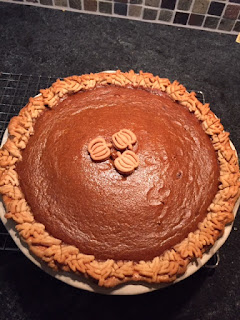 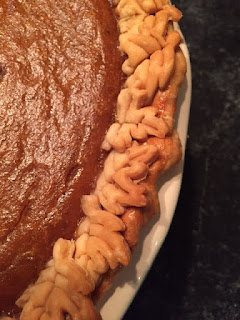 What Have I Been Doing? you might ask. Or not.

But I'll tell you anyway.

I have been busy!  Knitting away, cooking, having things done to the kitchen and generally jumping from project to project, with no organization in play.

That's me.  OCD or something.

But here is my current project, which needs to be finished by Christmas, and since I just finished the chart this morning, I know I'll make it. 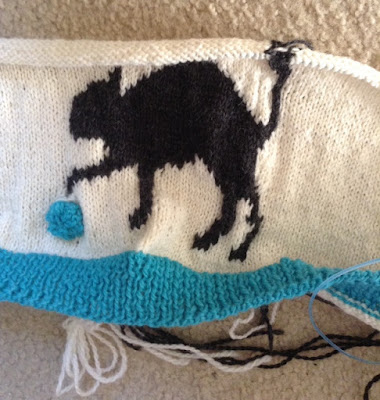 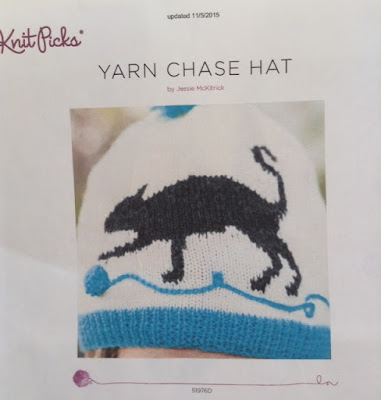 when I finish (with a turquoise pom pom on top) but as the Powers that Be are my witness, I will NEVER do intarsia or stranding again.  NEVER!!!

Because this is what is involved: 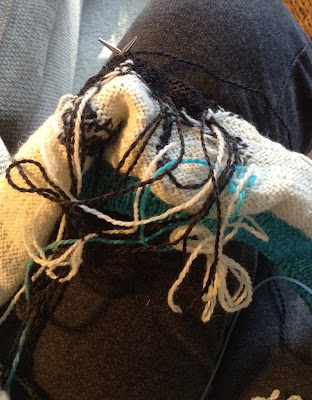 a tangle of yarns that keeps getting more tangly and annoying and time-consuming to untangle.

To go back in time, I made this gorgeous pie for Thanksgiving: 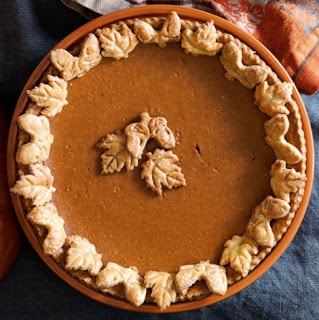 It is from this Williams Sonoma recipe, and although I am not normally a fan of pumpkin pie, this tasted pretty good to me, and I overheard another guest tell the hostess that it was the best pumpkin pie she had ever had. (There is brandy in it, so there's that.) I just happened to have the leaf punches, from WS of course, so I could copy the top perfectly. And I've just realized that this is the photo from WS, and I wonder what happened to the photo of mine. hmmmm....  Anyway, mine looked like this.

I've been cooking in the dark since we moved in here 20+ years ago, and just the day before Daylight Savings Time went away, I had can lights installed.  Let there be light! said I. And now there is!  Doesn't mean I like cooking any better, but when I do cook, I can see what I'm doing.  As Martha says, It's a good thing.

But we lived with multiple holes in the ceiling until I finally found a painter willing to repair them and paint the ceiling. It was surprisingly difficult to find one and someone told me that lots of people have painting done before they entertain for Thanksgiving.  Really??? That's about the last thing I would think about if I were having a mob over for dinner, but ok. Anyway, I wasn't having anyone over; we went to our friend's home. So no hurry, but now the ceiling no longer looks like this: 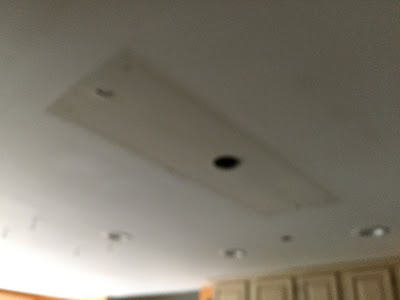 Blurry photo......  I think there were about five holes in all, but they are all gone.

Since the weather has suddenly turned knitted-things cold, I can wear my hand knit socks, and I do!  In the house I wear them with my Birks, easy-on, easy-off. 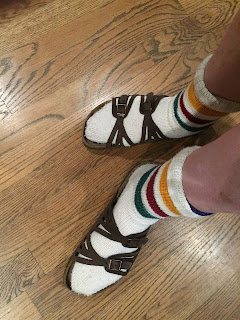 BONUS!  I realized that I promised more photos from my trip in the fall, but instead I'll just post this one.  One of my favorites: 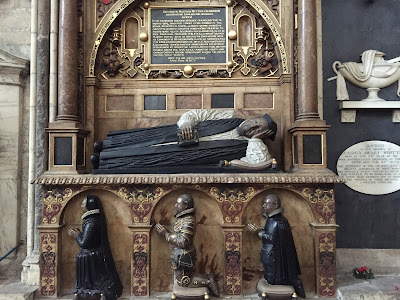 A very relaxed Archbishop.  I think he is in the York Minster.
Posted by knittergran at 12:09 PM 3 comments: