A Rosebush by Any Other Name

Remember last year? When deer ate my roses and my blueberry bush? No? Well, they did.

However, a couple of weeks ago I found a bush growing that looked for all the world like a blueberry bush---but it had this tag on it: 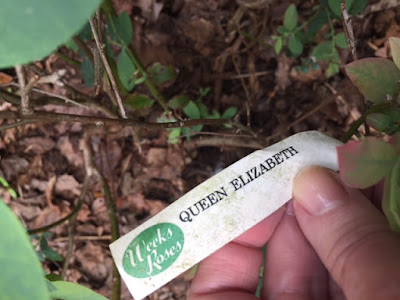 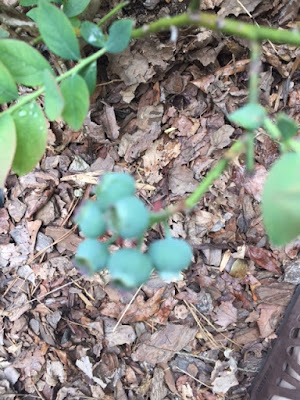 Self-proclaimed gardening genius that I am, I identified these as blueberries, NOT roses!

I don't know why the rose tag is on my blueberry bush.


And I don't know why I HGTV hasn't contacted me about developing my own gardening show...

Posted by knittergran at 9:07 PM 2 comments:


They are a sturdy, hardy lot.

Because they have persevered through all of the trials and tribulations that they have been exposed to by climate, the Vikings, the British and it seems like everyone else through the centuries, even by each other?

But also because they can knit good old Irish wool yarn, this Aran yarn, specifically. I bought it last fall when I was in Ireland because I loved the color, but I've just finished knitting a hat in it, and boyoboy, is it tough stuff. Made for knitting clothing for the fishermen going out on the homicidal ocean in cold, windy weather to fish. It's the kind of coarse, rustic yarn that people are remembering when they say they can't wear wool; "It's too scratchy." 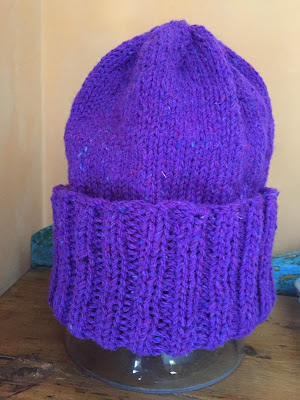 This yarn is so tough that it broke my needles! 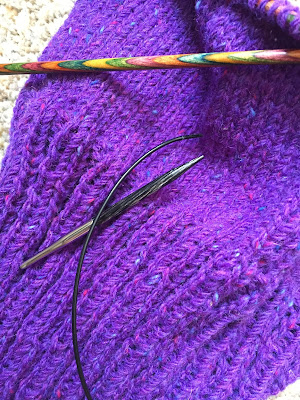 The cord broke off of the needle itself, not from the weight of the yarn; it's quite light. Just from the struggle of wrestling it around the needles and pulling the yarn through the loops.

Not a problem in the end---I just transferred it to double points and continued. Because I'm sturdy and hardy too!  Just don't make me go to the snowy north in the winter, ok?

I'm so sturdy and hardy that when I weighed the hat (2.3 oz.) and the yarn I have left (2.7 oz.) I didn't even whimper a bit when I realized I have enough for another hat.

Posted by knittergran at 4:44 PM No comments: