Can You Say Paradise? 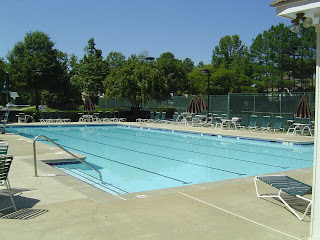 Doc told me that if I want to walk for pt, I needed to walk in the pool, and this morning was my first "walk." The weather is glorious; the pool water is just the right temperature, and the pool is salt-water purified---no chlorine odor. The time is right for a re-run of my pool/teaching story and here it is:

Paradise is what our neighborhood pool felt like today. For some reason, once the end of summer vacation comes and the kids are all back in school, no one comes to the pool, and so I have it to myself. It was lovely this morning: the bluest, cloudless skies; no noise except for the birds and whatever the noisy insects in the trees are; perfect temperature and humidity; and the occasional, silvery corporate jet gliding noiselessly overhead, very high in the cloudless blue sky. I have said for decades that the only thing I would trade my soul for is my very own swimming pool. Natas, are you listening?

When I lived in Florida, I was a regular long-term substitute teacher in a school for the gifted. It was a separate facility, on its own campus, and the students had to meet IQ and other ability requirements to qualify for the school. The kids were amazingly bright, smarter than most of the teachers probably, and teaching there required that the teacher’s ego could stand knowing that if a student questioned something, it was OK to say, “I don’t know, but let’s find out.” We couldn’t fool these kids. Since it was a separate school, the kids weren’t bullied by the types of people who would call them “geeks” or “nerds.” They may have called each other that at times, but all in teasing fun. They tended to spark off each other so classes were never dull and it was a blast to teach there.

One student has stayed in my memory. His name was Joe, but when I took over the class for the remainder of the year at the start of second semester, I couldn’t figure out who he was; he signed his papers “Natas.” I asked Natas to let me know what his real name was so that I could record his grades correctly in the grade book. Turns out, he was signing "Natas" because that is "Satan" spelled backwards. It was meant to shock, I’m sure, but I just said “OK.” Let’s just say that Joe was dancing to his own music. He was sort of Goth before Goth was even in existence and occasionally got in trouble for his behavior and his appearance, but all in all, he seemed like a nice kid. His poor father was called in once for a conference after Joe had done something wrong, and he certainly was rattled by his son’s behavior. He said to me, “Do you know he signs ‘Natas’ on his papers?”

Well, yes I did, and I told him it didn’t worry me, that it was just meant to shock and it wasn’t working. He finally bought his son a computer (before the days when every home had one, let alone multiple, computers), hoping that using it would inspire better work. Oddly enough, Joe started signing his papers “Joe *anonymous*, 3rd.” I guess he liked how his actual name looked in print.

We teachers wondered what would happen to Joe. Would he end up a bored office worker? A conservative, right-wing Republican, very strict with his own children? I hope not. I hope he’s found a creative and fun way to make a living, and is able to use his sort of odd outlook on life in a way that he and those around him can appreciate. It’s just one of those things I will probably never know….

Didn’t you just go on and on about how no one is at the pool and the weather is perfect and blah, blah, blah?

So you already have your own pool. Stop bugging me. I don’t want your soul. Geeze, you’re practically circling the drain aren't you?

Well, you're old. So there's not much soul there for me to work with, right?

After I went through physical therapy to strengthen my leg to help support my bad knee, I found the perfect gym for me. It was small, not fancy---no pool, steam room, sauna, fancy dressing room---and I joined it. I went there for a couple of weeks until my knee gave out on me.

So now I have had the surgery and am back in physical therapy. After my surgery I received a letter from a big gym, LA Fitness, telling me that they had bought out my old gym and when I brought my old membership card in, LA fitness would swap it out for a membership card at their gym.

Rats. I loved my gym. It was small, never crowded and had exactly the equipment I needed. LA fitness has the equipment as well, but it's filled with people like this: 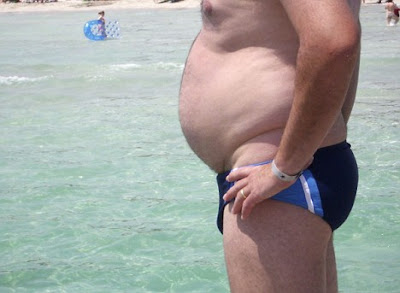 My old gym was not in the least intimidating. Everyone there was sort of middle aged and older, and I never saw anyone in great shape there, just people like me trying to be in better shape. No show-offs.

I hope I can find a new no-frills gym close by, but the attendant at LA Fitness told me that a gym charging $12/month can't last long. 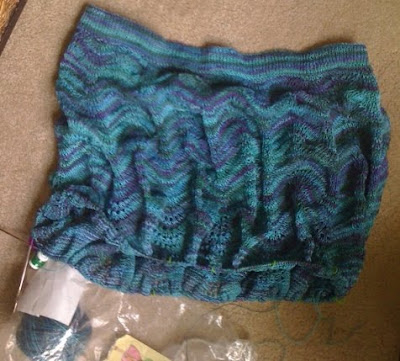 Will I ever learn?

This skirt has been too big for forever, but I kept telling myself that it was just an illusion, that once I had more of it finished I could try it on and it would fall just right and it would fit.

SO, I guess I will start over.

On the Road Again!!! 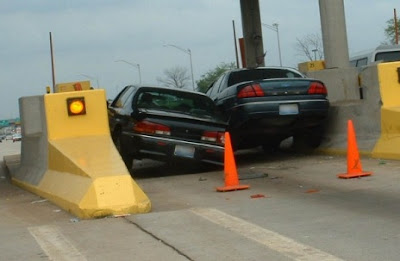 I just had my stitches removed!

I can bend my knee!

I can stop trying to scrub off the yellow blobs and streaks of betadyne! (turns out it's not betadyne; it's bruising)

My knee still looks like a grapefruit and I have a couple of months of pt ahead, but one week to the day after surgery, I'm in the home stretch.

After the appointment with my doctor, I went to Whole Foods to get yummy stuff. Apparently my body has missed fruit, because when I unloaded the bags at home, I realized that I had bought about $70 of fruit. And one ear of corn. (dH is out of town for the week.) 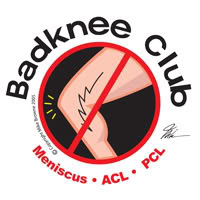 I think I have mini-bi-polar disease. Since my knee surgery last Tuesday, I have been housebound, save for one RIDE IN THE CAR!!! My husband wouldn't let me open the window and hang my head out to catch the wind, but still, I was out of the house.

And then I returned to my whiny self. Ohhh, mykneeisthesizeofagrapefruit. Poor, poor me. Time for ice and wallowing in some self pity.

And then there were all these papers on my desk. I MUST deal with them. RIGHT NOW! Where did they come from??? What are they??? I sorted through them, wrote checks, paid bills, and shredded the very important potential identity theft papers. Whew....

I get the stitches out tomorrow and I'm going to ask the doctor if it's true that anesthesia affects a person for ten days after surgery because sweet baby jeebus, this is no fun.

And I have watched way.too.much.tv. No more Hoarding: Buried Alive for me.
Posted by knittergran at 1:56 PM 1 comment:

So I Just Had Knee Surgery

and my friend told me that the anesthesia takes ten days to leave the body. Maybe the presence of the anesthesia might explain why I giggle when I watch this.

Or maybe not. I might just be silly.
Posted by knittergran at 10:45 AM 2 comments:

A little over a year ago, we adopted a rescue kitten and named him Baxter. He is a sweet, sweet kitty! He snuggles, he plays, he sleeps. He is so good natured that he even let 8-year old Lily haul him around when she was here for a visit. She took him repeatedly from point A (the counter, the table, the washer and dryer) to point B (the floor, the floor, the floor). He didn't protest AT ALL. He is such a GOOD boy! 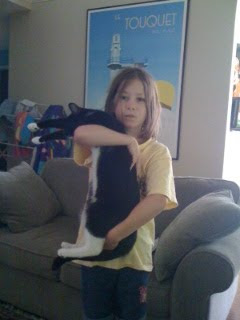 And then last week, he had his one-year check up and I didn't recognize this cat who has lived with us for the past year.

There was a pen of cute, cute kittens in the reception area, and since Baxter is an only cat and an indoor cat, I thought that he might like to meet some of his own species. I put his carrier down near the pen so that they could all meet. The kittens were thrilled. They wanted to meet Baxter, play with Baxter, love on Baxter; Baxter hissed. And hissed some more.

We went into the exam room where I let him out of his carrier and he was quite happy to wander around and sniff all the new smells.

The vet tech came in. She talked sweetly to him. He hissed.

The vet came in. When it was time for Baxter's shot, the vet took ahold of the area where the shot would go, and Baxter WENT CRAZY. Batsh*t CRAZY! He tried to bite the vet; he tried to claw the vet; he hissed at the vet.

I was mortified. I apologized. He has never done any of this before!!! I promised. I apologized some more and then asked if someone could trim Baxter's nails.

We can try, the vet answered through clenched teeth. He took Baxter away to a different room. I don't know what happened, but Baxter's nails were trimmed and we were sent on our way.

Once we were home, my sweet Baxter returned. I don't know who that cat was at the vet's.

Not MY Baxter.
Posted by knittergran at 10:42 AM No comments: 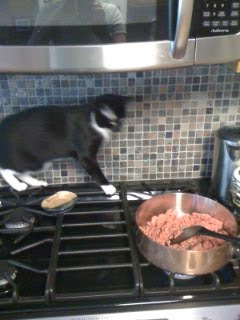 When the grandchildren are here, I put toys in the top drawer of a dresser that they use and they have fun finding odds and ends of small things. This time, I put an eye in a teacup in the drawer, but after a couple of days had passed and they hadn't looked in the drawer, I told them to go look.

The eye is icky. It's sort of sticky and it squishes. So of course, one of the grandchildren (I'm not saying who; I'm protecting the identity of the guilty.) threw it against a wall and it stuck. That prompted said child to toss the eye to the ceiling---two stories above the family room. 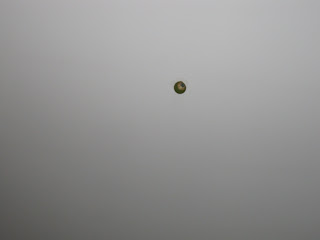 And there it remains, keeping watch over us. We could reach it using a yardstick while standing in the hallway on the second floor. 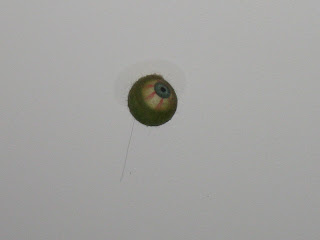 But I'm kind of curious to see how long it will stay there.

I had an appointment with a brilliant young man named Mark at the local Apple store this morning, and he was able to answer EVERY SINGLE QUESTION I had about using my new Mac. ALL OF THEM!!! So now I know everything I currently need to know.
The only problem is..... 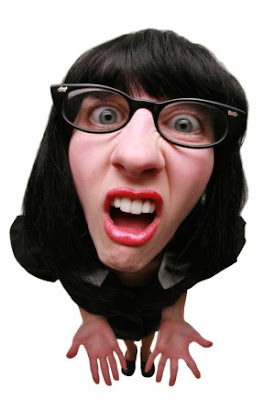 How am I supposed to remember it all????
Posted by knittergran at 3:23 PM 1 comment:

Let Your Kid Have a Computer

and she steals your blog post.
(Hey, H! I was gonna write that!)
I know. I know. He who hesitates is lost.
Posted by knittergran at 9:57 AM No comments: