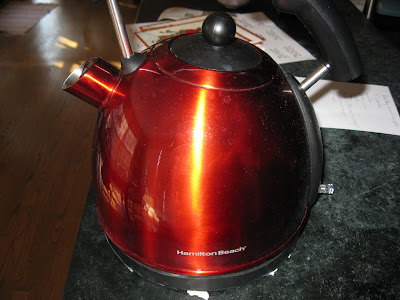 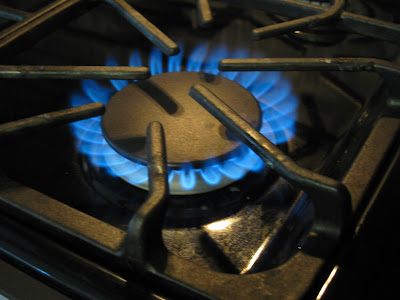 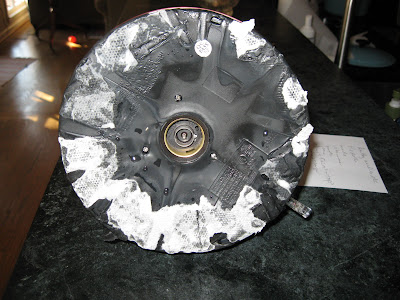 And no, it's not fixable. Electric teakettles melt on a gas flame.
No tea for me.
Posted by knittergran at 3:09 PM 1 comment:

Email ThisBlogThis!Share to TwitterShare to FacebookShare to Pinterest
Labels: ooooops 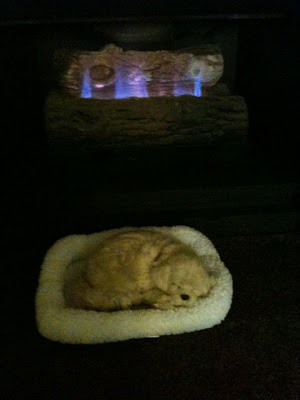 Isn't this a sweet little puppy???

Younger daughter received him? her? as a consolation prize at a White Elephant Gift party last weekend. The gift she first received was an Ipad cover with Mickey Mouse on it. She doesn't have an Ipad, and that made the cover the worst gift at the party; as a result, the host awarded yD this puppy.

Rumor had it that this was a taxidermied puppy. Gaaaagggg...

It's a store-bought puppy, and when there is the proper battery in it, the abdomen rises and falls as if the puppy is breathing, AND, as a bonus, the battery will keep puppy breathing for a glorious and creepy five years. 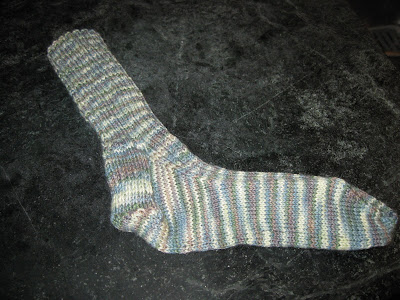 Posted by knittergran at 4:19 PM No comments: 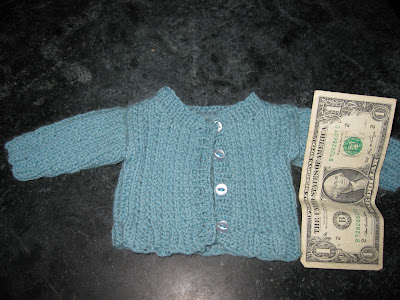 Yes, I did say no more doll sweaters, but apparently, I was mistaken.

This is the result. It is a Classic Elite pattern, free on their website, and there is also a pattern to make a matching sweater for the doll's owner. I used less than one skein of Classic Elite Yarns Fresco (60% wool, 30% baby alpaca, 10% angora---very soft---lucky doll!).
Posted by knittergran at 2:19 PM 1 comment:

Winter in the ?South?


That's ice, more than we've ever had before, on our little pond. 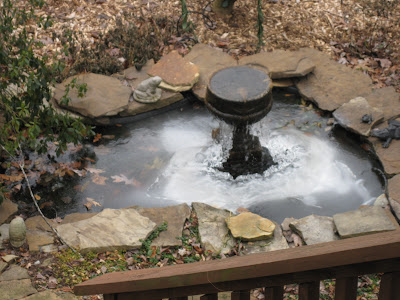 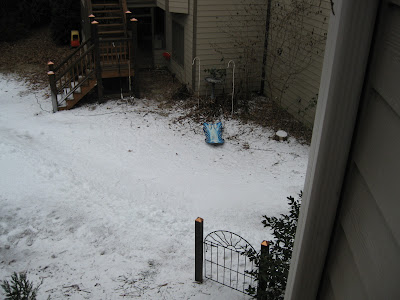 That is not from-the-sky snow. It is from-my-neighbor's snow-maker snow. When it stays below freezing for an extended time, he makes snow for the kids to play in. I can always tell when the kids are home from school from all the racketing of their sliding down the hill on whatever they can find. They have a blast, and I love watching them.

From the window of my warm house.

Posted by knittergran at 9:49 AM 2 comments:

A Flash Mob --- of the Professional Variety

The Opera Company of Philadelphia held a surprise performance of Hallelujah Chorus at Macy's (the former Wanamaker's), where the largest operational organ in the United States is still in use. Choir members were scattered amongst the shoppers at Macy's.

What a treat for the shoppers who were there! 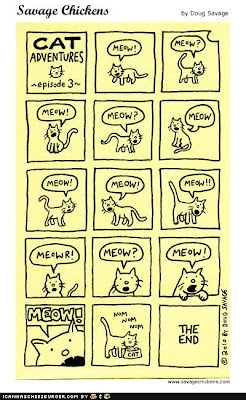 Posted by knittergran at 3:35 PM No comments: 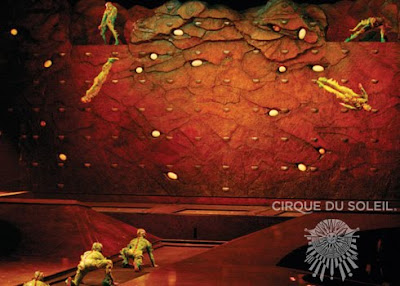 We need to chat.

Last year, if you will recall, I asked for a turquoise Thunderbird convertible.

I did not get one.

SO, you owe me, big boy. You owe me big time. I went to Cirque du Soleil last night, and now I know what I want this year:

A huge trampoline (climbing wall optional) and a younger body....40 years or so younger.

I'm counting on you. 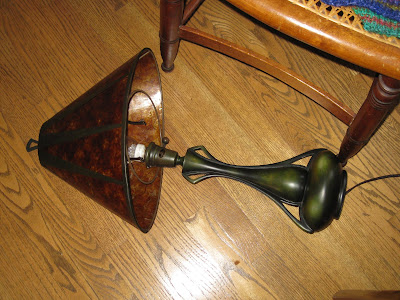 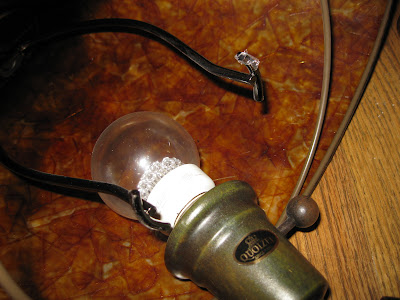 So now he has a reservation to be boarded at the vet's while we are gone at Christmas, instead of staying in his home and being taken care of by his nice neighbor lady.

Think about THAT, Baxter!
Posted by knittergran at 8:38 PM 2 comments:

Is that the title of a Dr. Seuss book?

But if I WERE obsessed, which I am not, how could anyone blame me?

Look at this yarn (Malabrigo Rasta Arco Lily). The colors are gorgeous!!! 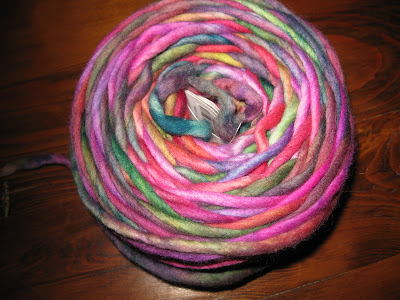 And this is what the yarn becomes---even more gorgeous!!! 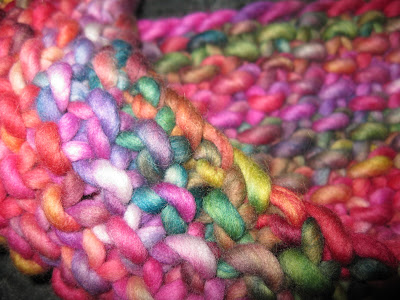 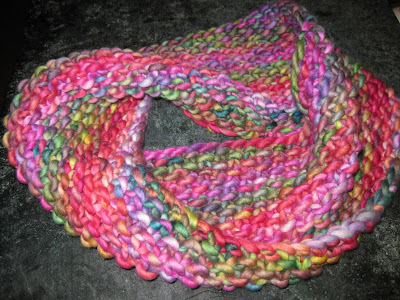 Yes, I have made six, but only two are for me. The rest are gifts.

This fourth cowl is made from yarns I bought several years ago, the oldest from SAFF three years ago. The skein had only 94 yards on it, and I couldn't figure out what to use it for. Then I bought a mohair boucle yarn and decided to use that with it, along with some Kidsilk Aura in a camel color. 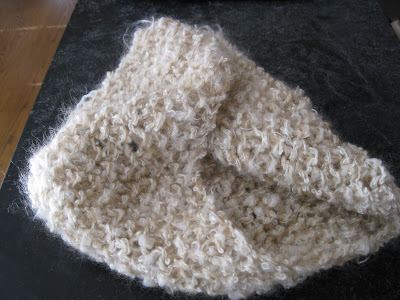 A close up of the three yarns knit together: 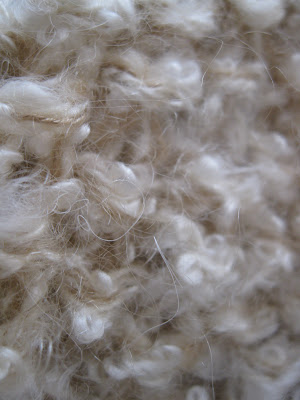 And with the fourth cowl is the fifth cowl (from Malabrigo Rasta, Indiecita colorway): 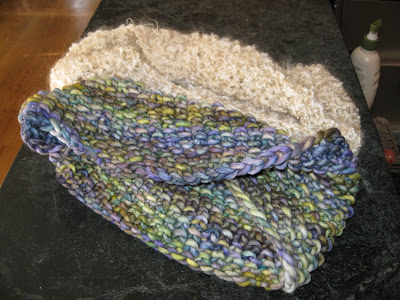 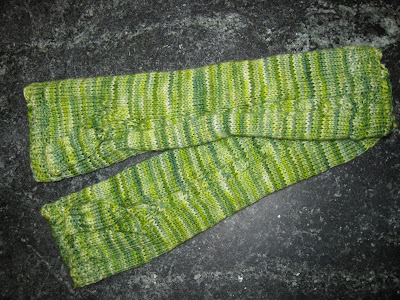 I finally made something out of the yarn (Pagewood Farm Hand Dyed Yarn, Willow Creek, in greens) I bought in LA many, many months ago. It was supposed to have been a scarf, but I learned the hard way - on size 2 needles no less - that there was only enough yarn for a very small scarf.

But the yarn finally told me what it really wanted to be: Autumn Leaves Fingerless Mitts designed by Abbie Tilden (available on Ravelry). See the leaf? 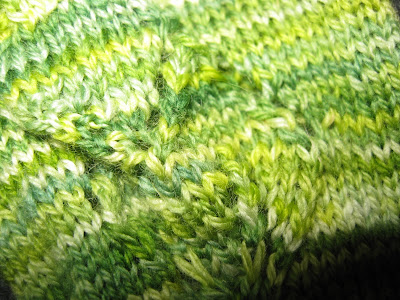 And Baxter vs Miss Babs? Because inquiring minds want to know:

Baxter is alive and well and continuing to tear up our home. The Miss Babs yarn has yet to appear in any form. I don't know where it is. (Although I admit that since Baxter seems fine, I'm not looking very hard.)
Posted by knittergran at 12:35 PM 1 comment: