my husband always says that he doesn't know what to give me for my birthday or Christmas, and he claims that he welcomes suggestions.

Well, I will have a birthday this year, just like every year, and I told him what I would like:  a mini-facelift!

So, I guess that means I need to replace him, preferably with a plastic surgeon so I can have a FREE mini-facelift. That way, if I don't even like the guy, I get something out of it. I'm no dummy.

He also said he is afraid I would end up looking like Goldie Hawn. 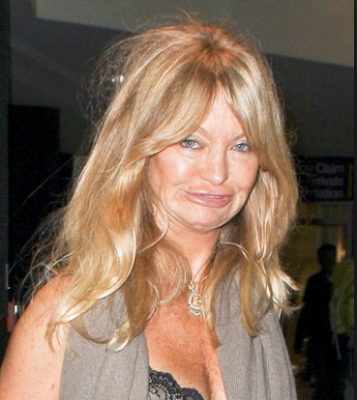 Now that's just unfair, says I. The paparazzo who took this picture wasn't using flattering lighting, filters and whatnot. Poor Goldie. She should totally sue the guy.

Plus, all I want is a little lift of what are called "jowls." No puffy lips, no eyes pulled up almost to my forehead, no mask-like skin. Just a mini-mini-mini lift.

b.  Apparently, things can go wrong. 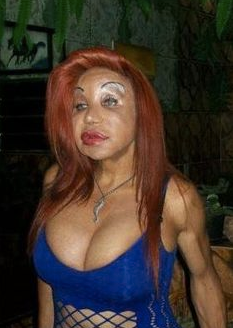 
I've been busy avoiding rain, snow, winter weather, and also, being lazy and just knitting. And this weekend I went through some of my stash in order to record where each skein is stored. I had put my stash on Ravelry (or FB for knitters as my younger daughter, who is not a knitter, calls it) but I hadn't indicated where they were stored. My LYS is no longer holding knit nights (@#$%^&). Since the shop is about 15 miles away and I don't go there usually except on knit nights, I guess I will be doing more shopping from stash. Now I know which location each skein is: bin one, bin two, turquoise cabinet, or the closet.

What fun going through it. I found yarn I hadn't remembered that I had! Too bad I don't know what projects I might have bought them for, but some are so pretty, I can name them and call them pets: 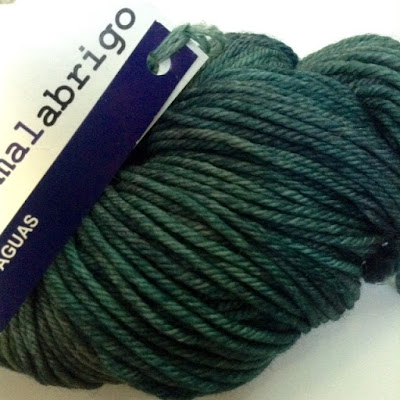 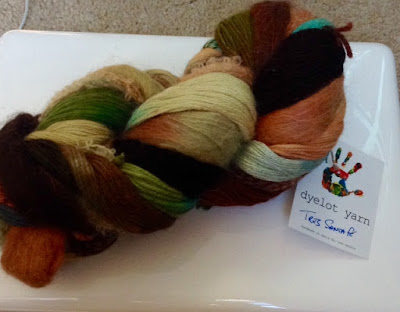 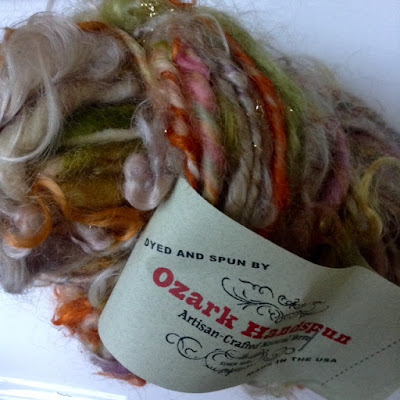 They are so FLUFFY!


AND, over the weekend, I finished this: 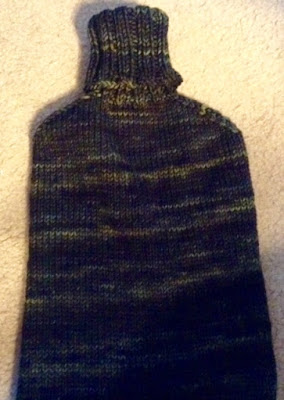 What hot water bottle doesn't dream of a turtleneck sweater?! It is made from soft, soft, soft Malabrigo Rios.  It would have been an easy project had I read the instructions a little more carefully. 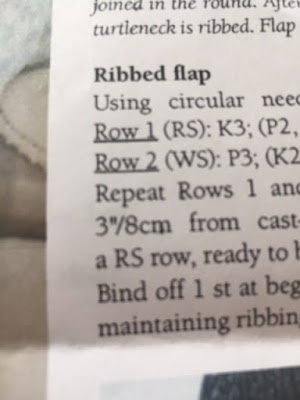 I read the measurement for the ribbed flap at the bottom as 3/8" instead of 3"/8cm. I realized the error when I had almost finished the cozy. Knitter Anna suggested I just pick up stitches and knit until I had 3".  It worked!  And Hey!  I read instructions! Not carefully, I admit, but at least I did read them.

And to cap off the weekend, I found that I could stream my favorite British police drama DCI Banks.  PBS has only played series 4 and I love it, the stories, the actors, the characters they play. I've started streaming from Amazon and it's fun to see how the characters started out, how they all met and worked together, and to watch the character development. 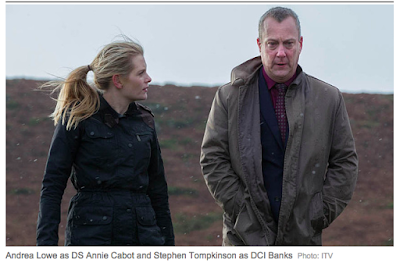 I have half of series one, all of series two and three to go!

Posted by knittergran at 12:34 PM No comments:


Let's get back to knitting, shall we?

I just finished this cowl:


I made it for a gift, although I hadn't chosen the recipient yet. As it turns out though, I made it for me. It is so soft and so comfortable that I decided to wear it ONCE, then wash and block it and give it away. Never happened. It's mine, all mine. Another knitter, less selfish than I, made a beautiful scarf as a gift, wore it once, then washed and blocked it, and gave it to her daughter-in-law for Christmas!!!


I am also working on a second Easy Folded Poncho in a purple silk. It requires about fifty inches of stockinette stitch knitting, so it's both easy and boring. I'm making good progress.

AND, I have promised myself that I will finally finish the sweater (Trillium) that I (on my broken ankle) hobbled into a yarn shop to buy the Shelter yarn for, oh, two years or so ago . I have swatched multiple times, knitted, frogged, knitted, frogged, and by all that is holy, it's time to finish the %^&*I(* thing. 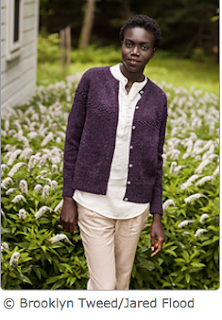 I'm using the same color yarn that the model is wearing in the pattern and I may not do the zig zag patterning. I don't think it shows up well --- or at all in this photo. Shaping for the armscye is done with short rows, and although short rows are easy, so I'm told, I am always intimidated by them.

But first to finish the poncho. It's dark out at 10:30 in the morning and cool and damp and promises to stay that way all weekend. Good knitting weather.

I may have just inhaled some of my skin.

Is that a bad thing? 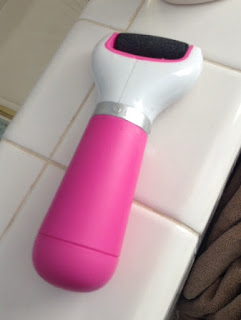 I bought one of those Amopé skin sanders (might not be its real name, but it should be). Ouch. I bought it because when I asked my dermatologist about all the scary things I have seen on the internet about nail salon-caused infections, she said that there is no way that the workers can reliably get at all of the evil things that are in the pipes of the foot baths. Even if they put disposable plastic bags in for each customer, the plumbing can still carry bacteria or whatever. And those scary things the internet says pedicures can cause---they are TRUE, according to my dermatologist. And the internet.

So I can do this myself, I thought. But there was a white cloud of what I can only assume was bits of ME in the air as I used the sander. (Probably TMI, sorry.) And the bits of the cloud went everywhere.

So I have inhaled me.

Does that count as some sort of recycling?
Posted by knittergran at 1:25 PM No comments: