What I have been doing while I’m doing virtually nothing else, waiting for my sciatica to GO AWAY, is trying to find the documents I need in order to apply for Irish citizenship.  My father’s parents were born in Ireland and so I qualify for citizenship. I think. Americans are currently allowed to have dual citizenship with Ireland. I don't know of any logical or practical reason to get Irish citizenship; I just want to.

I met these grandparents only once when I was in early grade school, and my father didn’t talk about his family at all, so it’s been difficult to track people down. I have my grandparents’ marriage certificate, their death certificates; I just need their birth certificates. And there’s the problem. I cannot find the records online anyplace and I have read that they might have been burned in a fire in the building where records were stored in Dublin in the 1940s. I can’t find them in the records that survived, so—-dead end there.

While I was reading about the town my grandmother was born in, I came across a website for the GAA (Gaelic Athletic Association) in that town. I found their page on Facebook, sent a message to the organization, hoping that someone would answer, and someone named Monica did!  I explained what I was looking for and why, and she asked a friend about records at the church where the record would have been. The friend found the baptismal certificate and that cleared up my grandmother’s birth date. Monica then called the Vicar (I felt as if I were in a British mystery show—-a Vicar! in the cast) to fill out a birth certificate for me. The Vicar replied, “I don’t do that.” 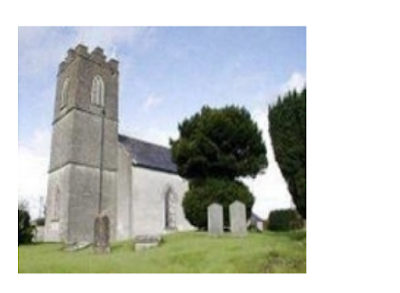 Alrighty then. While I was trying to figure out what to do next, I read on one of the many sites that discuss citizenship that the Irish government only accepts civil certificates, so the Vicar can stand down. I won’t pester her.

Now, on to my father’s father, who was from Northern Ireland. And that’s where I am now in my research, but I've also become curious about his brother, who moved with him from Ireland to New Zealand in 1905.  My father never talked about him except to say that he had moved to New Zealand and as far as he knew, had stayed there. My grandfather left NZ and came to the US, where he met my grandmother. She was from the Republic of Ireland and I bet they would never have met had they both stayed in Ireland, and the world would not have ME in it.

I looked through military records in NZ and found my father’s uncle! He registered for service in 1917 and I now have his regiment number and access to the paperwork he signed when he joined the military. How about that!

But that’s as far as I have gotten with him. His name was William Moody, no middle name, and there were dozens of William Moodys in New Zealand in the early 1900s. Dead end. For now. I am stubborn.

So back to searching for my grandfather’s birth certificate. He was either born in Ireland or Scotland, so this may not be a successful search.

While I was working on all of this, my sister sent me a letter written in 1936 by my grandfather's sister in Ireland to my grandparents, then living in Pennsylvania. Most of it is just the usual--- weather, illnesses, family news, but one section deals with royal gossip:

The Free State (the part now known as the Republic of Ireland, where my grandmother's family lived) was delighted about the (King, ex) affair. It showed him up well. N. Ireland and England were disgusted at the course he took. Yes, you would think that the Ex King would have been an example to his Empire in his love affairs. There was terrible talk about him for a long while now. He had spent his last two Summer holidays with Mrs. Simpson. However he is off now, never to enter England again. Can you tell me if she is a Roman Catholic, we hear she is? (She was Episcopalian)

Reading contemporaneous reaction to what I watched on The Crown and of course, learned about in school, was fun.

But I wonder, when we write letters, if we still do, do we expect that they will turn up a century or more later in the hands of great-great-great whoevers?

Posted by knittergran at 9:57 PM 2 comments:

Where Have I Been?

Many, many people (none) have been asking where has Knittergran been?  What has she been doing?

So here is the answer.

I have been fighting sciatica for going on six weeks now. What a PAIN, literally. I have of course heard of sciatica, and I had thought that it was something to treat with some Advil and heat or ice and stretching, and the next day, BOOM, all better. Uh, no.

I have been examined, x-rayed, MRIed, injected, drugged, and physical therapied. And I'm still in PT. So I haven't been doing much at all. Not even knitting.

I KNOW! How can that be?

Anyway, enough whining. The weekend before the sciatica kicked into high gear, I bought an electric bike. The hills in this neighborhood preclude my riding out of here to get anyplace I want to go (i.e. my ultimate goal: the post office). I have to put my bike on the rack or whatever it's called on the Miata and drive to someplace to ride. Seems to defeat the purpose of riding a bike, right?

I don't know how this will work out because I HAVEN'T RIDDEN THE BIKE YET. My husband, older daughter and grandson have. They like it. I hope I do, but I am a bit suspicious that really, an electric bike is just an electric wheelchair in the shape of a bike.  I'm told that I will still have to pedal, but I don't know that because I HAVEN'T RIDDEN THE BIKE YET. (Still whining, sorry)


On the knitting front, I was still working on the Free Your Fade, but I haven't touched it until today when I took a photo of it. So it's a work in progress. Maybe this week.... 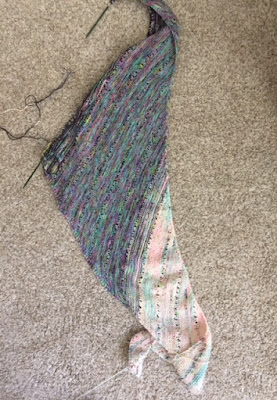 She wants one of these.  She too could have an ugly sweater: 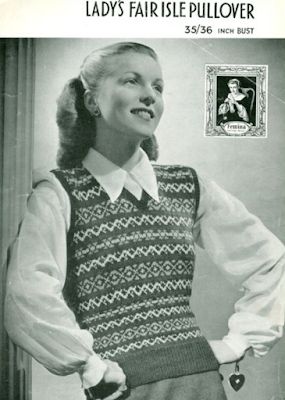 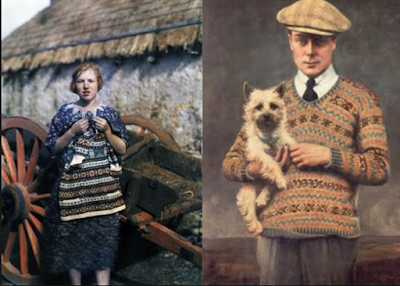 Even Paul McCartney wears Fair Isle, or at least, he did once upon a time in black-and-white land. 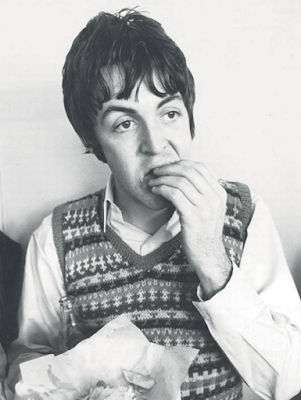 My daughter is going to Scotland in August, and she says if I won't make her one, she'll buy a Fair Isle sweater there. Well, THAT'S a threat. hahaha

Posted by knittergran at 1:07 PM 2 comments: