I'm just wandering around in my mind because I don't feel like getting organized, so here are my rambles:

My two daughters and I went to Ireland, had a great time, saw the usual places and some new ones.

I learned the value of really good car rental insurance.  I have no problem driving on the left side of the road while seated on the right side of the car, and oddly enough, I am a champ at parallel parking.  I DO have a problem with tiny parking spaces in parking garages, and I scrubbed the left front of the rental car on a concrete post in a garage in Galway.  There were two narrow spaces between two large posts and that's where I had the problem; when I returned the car, no problem.  Phew.  Also, the car was a Toyota hybrid, which I think means a Prius, and I loved it.  Used not a lot of gas for a lot of driving. 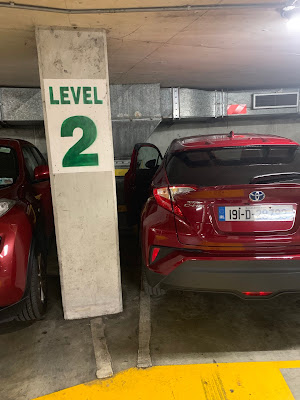 We found the church in Garvagh where my paternal grandmother was baptized in 1881. She moved to the US in 1905 and died here in 1953.  I only met her once and I was not even five yet so I only vaguely remember her.  I have tried without success to get her birth certificate but I just found my grandfather's bc and it is on its way to me.  If I can get his death certificate, I can apply for Irish citizenship. 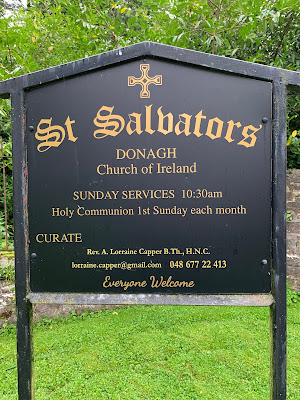 I need my grandfather's social security number to apply for his death certificate, and I have no idea if he even had one, and if he did, how to find it.  More research ahead.  I have no idea why I would want an Irish passport, or what I would do with it.  But I'm stubborn enough to think that if I CAN have one, I SHOULD have one. 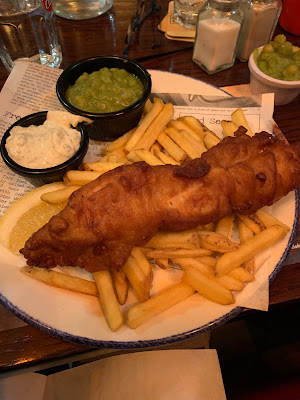 We had fish and chips, of course, several times. And, of course, Irish stew, and of course, Guinness.  Or at least, I did.

Because one of my daughters had been to Ireland before, and I had been there twice before, some destinations were a repeat for one or both of us, but everything was a first for older daughter.  A special treat for all of us was Newgrange. 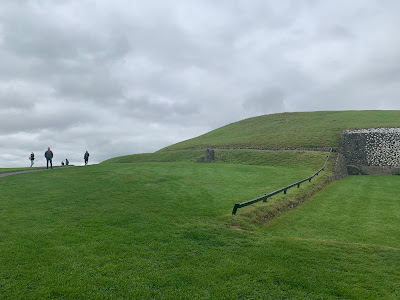 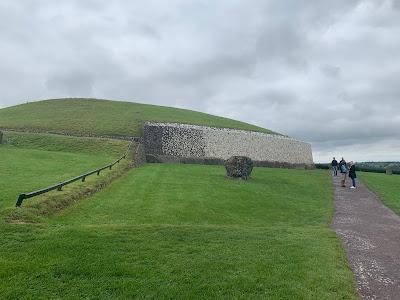 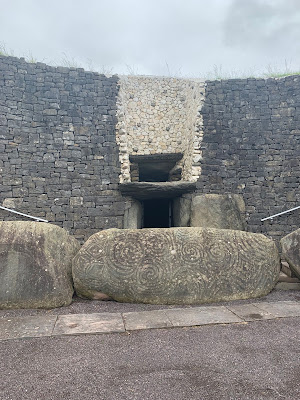 It was built in about 3200 BC and is an example of very early genius engineering.  It's quite small inside and the ceiling is amazing---slabs of rocks arranged and stacked to form a dome, and the builders knew to slightly tilt the rock towards the outside of the structure so that rain would not get inside---and it hasn't in all these centuries.  Soil is mounded up over the rock portion so it looks much larger than the inside actually is.  Archaeologists aren't sure what the structure was used for, but during winter solstice, at sunrise, light comes inside through the window above the doorway and lights up the path to the center of the round space where we gathered, only fifteen of us at a time.

In Galway I bought another cabled sweater.  What Georgia resident doesn't need even more wool clothing? 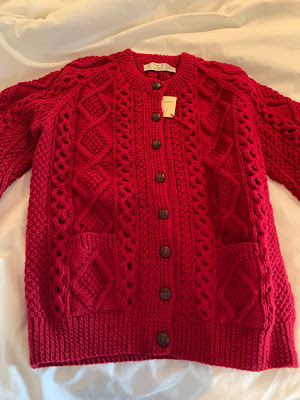 And speaking of knitting, since I returned home, I have finished two more projects:

And now, for something completely different, this explains where ghosts come from, but now that Halloween is over and the ghosts are gone, we are still left with the struggle to put duvets inside their covers.  I've gotten smart and let my husband do it.  He has come up with a technique that involves turning the cover inside out and then doing something that involves hanging the whole thing over the stairway railing.  I have not bothered to learn this technique. 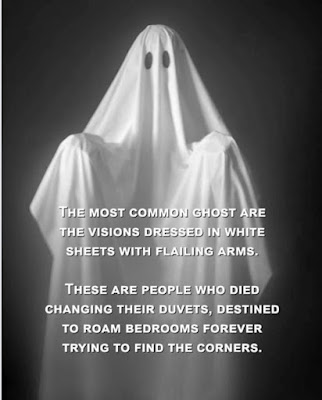 And speaking of Halloween, sort of, this is what is left of a bag of 90 assorted candies.  I had never heard of Starburst so I tried one.  The pieces look like bubble gum, but, SURPRISE, they aren't.  I'm not sure what they are; they aren't particularly sweet and I couldn't discern a flavor.  Sorry kids, but I'm sure you got some M&Ms, Twix and Three Musketeers I gave out in each handful of candy. 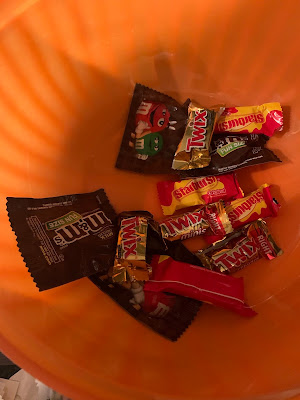 Thanks for reading, especially if you made it to the end.

Posted by knittergran at 2:57 PM

Glad to see you are back on the blog. I especially love the note about the ghost being a person who died changing the duvet cover. Unlike Campbell I have not mastered the technique and I swear a lot.!