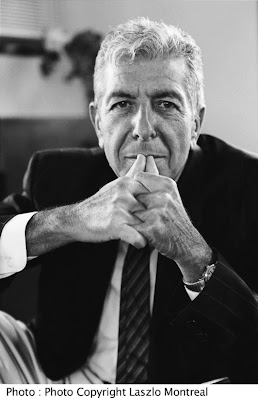 Has anyone heard of this man? I hadn’t until I came across a concert that my local PBS station was playing during a pledge drive, or begavision, as it’s known to some (me). I had expected a different show to be on, but then when I heard this man sing, I stopped dead in my tracks.

It turns out that he is very famous – duh, where have I been - and is a poet, songwriter, singer, artist, and Buddhist monk. He has been all of these things for decades (he is 74) but apparently I’ve been clueless.
I’ve listened to a lot of his songs now, and I enjoy his gravely, deep voice. I feel as if I should be in a dimly lit, smoky bar, drinking a glass of wine, or, better yet, a really, really smooth scotch straight up, when his music is playing.

An odd thing about his music is that the words don’t always make any sense (to me) but they do generally rhyme. I don’t know if rhyming is his main goal in writing and I’m not sure that coherence and meaning should be sacrificed for rhyme, but then I’m no poet:

And just when I was sure
That his teachings were pure
he drowned himself in the pool
His body is gone,
but back here on the lawn
his spirit continues to drool
(from "One of Us Cannot Be Wrong"
Anyone? Anyone?

Yes, I know - it’s out of context - but believe me, context doesn’t help here.

What surprised me, in addition to Mr. Cohen’s existence, was that the local station was selling a membership for $1,000.00 and that the membership also included two tickets in the front rows of the Fox Theatre for a performance by Leonard Cohen. They sold quickly. Then the station offered the same deal, but with the seats farther back, for $800.00 and they sold. Then for $600.00 and they sold right away. I have never seen anything offered by our local station for these amounts of money, so I guess Mr. Cohen has a lot of fans.
I'm still not sure if he is:
a. talented or
b. a case of the emperor has no clothes.
I guess I will have to listen some more... Where's the scotch?
Posted by knittergran at 2:36 PM

Email ThisBlogThis!Share to TwitterShare to FacebookShare to Pinterest
Labels: Leonard Cohen, One of Us Cannot Be Wrong, PBS

hmm, let's see if i can get this one

well if someone's teachings are pure they would have a grasp on life and probably not try to off themselves.


"His body is gone,
but back here on the lawn
his spirit continues to drool"

see, i grew up in a generation where lyrics make no sense whatsoever, so you always get to make up your own interpretation to what the writer means.

Cohen is definitely one of those artists people either love or hate. Even though I am fond of singers with weird voices (I love Springsteen and Dylan) he never did much for me, but I do enjoy the words. Even the obtuse ones!

I love his music because it's dark and relaxing and quirky, but I don;t generally listen to the words

Buddhist texts are not meant to be understood. If they make them comprehensible then the logical fallacies within would be even more obvious.